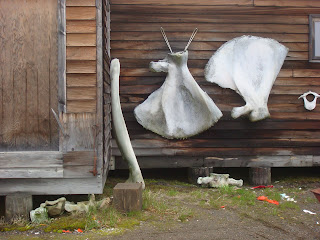 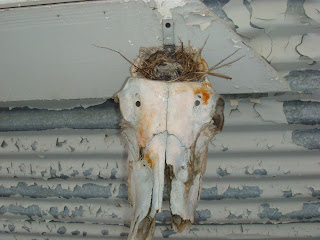 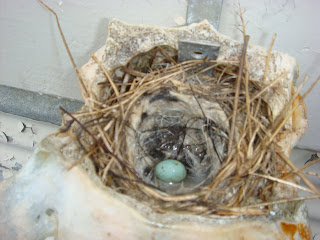 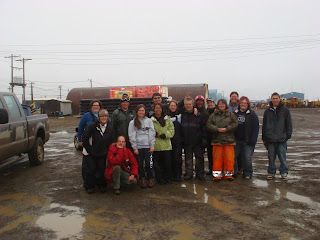 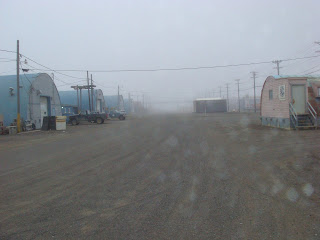 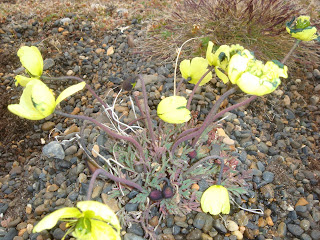 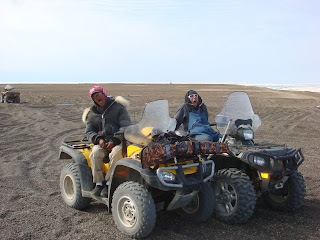 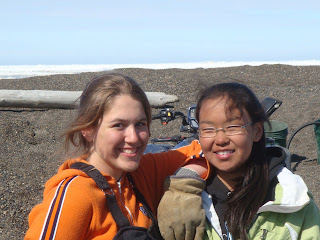 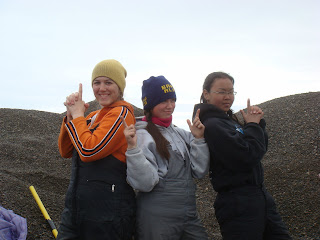 Almost forgot the most important pictures--these are the trench people, from left to right, Tiana, Jackie and Flora and the other one is Tiana and flora.
Posted by Dave Grant at 11:20 PM No comments: 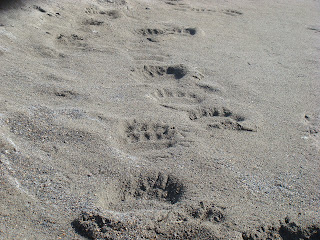 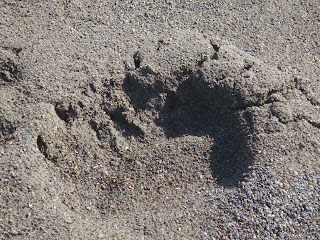 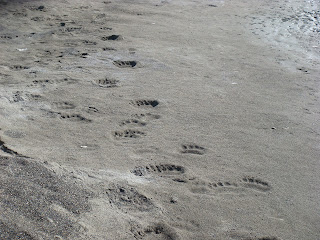 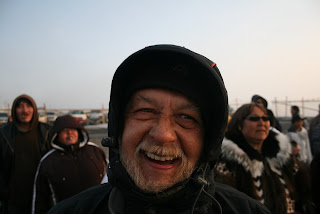 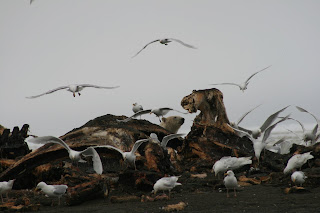 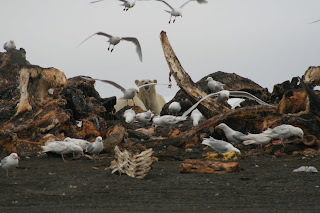 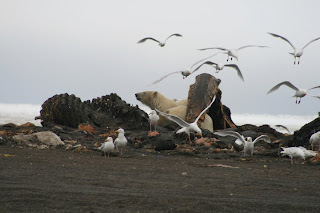 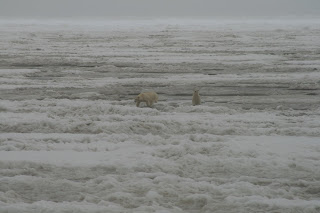 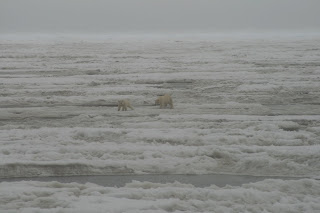 It is difficult to believe that there is only 4 days left in this fieldseason. From a burials found standpoint it has been a disappointing season, only 3 found as opposed to the 15 we found last year. We’ve covered the same amount of ground and dug the same amount of test pits if not more, in less than half the time but they do appear to be thinning out pretty dramatically.
The kids, Tiana, Jackie and Flora and I finally finished the trench of slow death. I’ll include a picture or two of them and some of the trench. It is a new form of underwater archaeology, get down to the permafrost-- wait for it to melt, dig a deep hole in the back of the trench and pump out the water. Who knew hot wiring a Honda ATV battery to a sump pump inside a plastic milk crate could be so effective? Up here that is a valued skillset. We pumped over 200 buckets on Monday. We don’t have enough hose to get it over to the ocean so we have to carry the buckets the last 40-50’ or so. We only fill them half way otherwise it just plain gets too heavy. After that we work in somewhat soggy gravel trowling and brushing to get the drift line debris excavated. Again, a disappointment, no Iputak material. But towards the end, larger pieces were being exposed but were running back into the north and east walls, when the bulldozer back dirt piles were. Removing them, especially with the few days we had left did not make any sense.
Last Friday, and Saturday were the July 4th games, with the “top of the world baby contest” and the “top of the world miss teen contest” both of which were judged on the elaborateness of the parkas they were wearing. I’ll include a couple of shots of them. It was beautiful weather working on Thrusday, Bitterly cold and windy on Friday and Saturday, so much so they had to cancel the Umiak races which are the real main event. Sunday, we had a barbecue over at Anne’s house all of 50’ away, and the weather was 60 degrees, and sunny, absolutely gorgeous day, so much so there were actual mosquitoes buzzing about. Monday at work, the weather was wonderful, today foggy and cold. There were six teachers from New England out at the point with us today doing a six day tour to try to figure out how to present climate change in an intelligent way to 7th and 8th graders. The kids at lunch were great telling them about using snowmobiles to “water skip” over open water leads out on the ocean during whaling season and that some days at school they had polar bear alerts, and have to be escorted to the busses and home.
I was going to take one of the UTEP kids out to the point after work, but Vasha, who I rent the ATV from, sprained her ankle climbing on a chair to reach for hair conditioner, and could not drive her foot shifter ATV out to work, (always some kind of drama!) so I just postponed, because of that, although I could have solved the problem of how to go into town to get the machine but the weather was just too foggy to make sense of the trip. We could only see about 50-75 yards, and even I get a bit nervous with a foot shifting ATV that does not perform as well as an automatic in deep gravel. I usually take riders down to the Eastern end of Plover point which is about a mile and a half S.E of the point, but it is not very wide, maybe only 50 yards at some points and if a bear gets between us and the point--- our escape route--- we would have a real problem.
Vanessa was kind enough to share the three bear pictures, Perry the bear guard got them within about 20 yardbears of the 2 of them to take these. I found the bear tracks myself on the east side of the small freshwater lagoon, in soft sand, nice clean prints.
The net has been down and I haven't been able to post, it is now thrusday with one day and a wake up to go--one of the pictures I posted I really hesitated over because it isn'r exactly flattering, Shane took it at Nalatuk, and caughr me watching the blanket toss.
We pulled out an interesting burial today, a subadult roughly 14-16 years old, sex undetermined at present but both feet were cut off at the distal end of the metatardsals, the phananges and the ends of the metatarsals were cut cleanly away. the oly thing I could figure is they got frostbitten and had to be amputated but the gangrene(?) had already advanced. There was NO healing indications on the cut end of the metatarsals.
Posted by Dave Grant at 10:56 PM No comments: